The creation of the wedding venue with something special was a challenge.  As always - No problem - we can do it.

The venue the home of the couple, the site - their back garden with outstanding views.  Guests: 100 for sit down three course meal after the wedding ceremony and then disco and buffet for 150 in the evening plus a fully working bar from start to finish.

The first problem - the ground on which the event was to be held falls by thirteen feet so a scaffold platform would need to be built.  The platform would not only level the site but must also be capable of carrying the loading of marquees, a fully operational kitchen, tables and chairs, a dance floor, a bar plus guests with an approximate load of 15 tons.

The movement of people had to be taken into account in the scaffold design as would the location of the venue at the top of a valley where on a good day the wind blows well - the marquees would be like putting a big sail on top.  Special fittings were made and set at the location points for the base plates of the marquees to bolt onto therefore keeping everything in place no matter what the weather.

Thousands of feet of scaffod tube, hundreds of fittings and some four hundred scaffold boards were needed to create this platform a delivery of seven lorry loads in total.

In a second marquee joined onto the main covered area a fully fitted kitchen was constructed to prepare and cook all the food required, however, a kitchen with no chef wasn't good enough so a quick phone call to top chef and friend Wayne Kelly was made and he and second chef Ronnie became part of the team.

A menu was created giving guests a choice of three starters, three main and three desserts - these were sent to guests to pre-order.

A third marquee was added to hold the bar, this again was just as you would find in any public house and stocked the same.

The furniture and dance floor were the easy bits along with luxury mobile toilet suites were fitted in no time, however, the dressing and laying up of tables took over twelve hours with over 1000 items each laid to with flair and precision.

A venue of this size also requires a big power supply and so a mobile generating plant was brought in from Sutton Hydraulics of Ross-on-Wye, this gave the power required without any worries of overloading.

On the day the guests arrived and as they did their names taken and allocated to according to the seating plan that had been carefully thought out.

Food was served from the pre-booked meals and as the orders for each table were called out the chefs plated the food and then six waitresses took the food to the relevant table - this made it possible fot each table to receive their meals at the same time.  Every table was checked frequently to make sure all was well... this system continued throughout the service as was the clearing of each course.

All in all the day went splendidly with a jazz band in the afternoon followed by disco in the evening. A surprise was in store for the happy couple when it came to the cutting of the cake - they thought that the knife to cut the cake had been missed, not so, instead a surprise guest had been arranged - Colour Sergeant Shersham fo the Ghurka Rifles was at hand with a proper knife - a khukuri - now that was a knife! 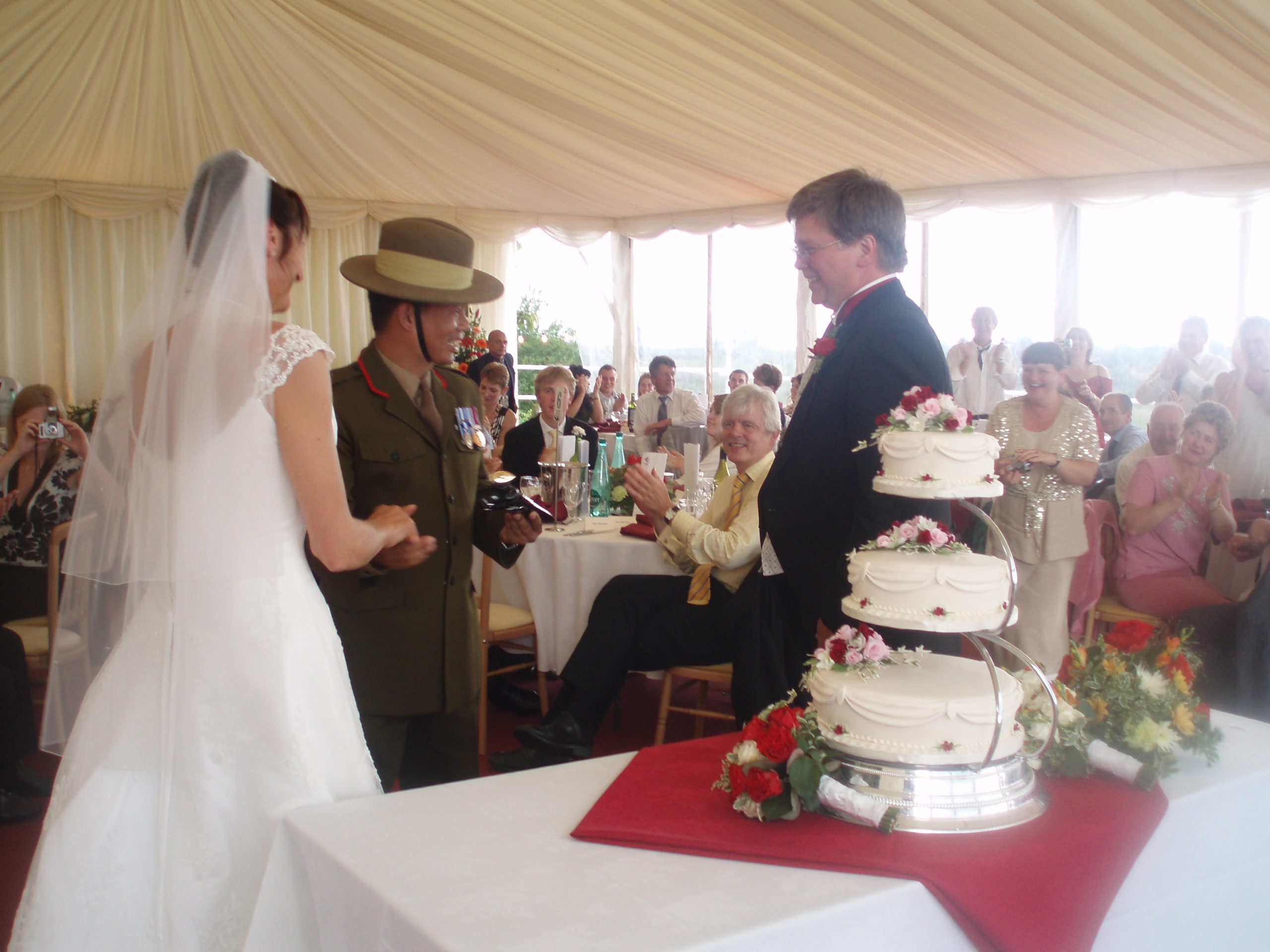 To discuss your next project click on the button below to get in contact with your local building experts.